Home News There May Be A RED NOTICE 2 In The Works Soon!

There May Be A RED NOTICE 2 In The Works Soon! 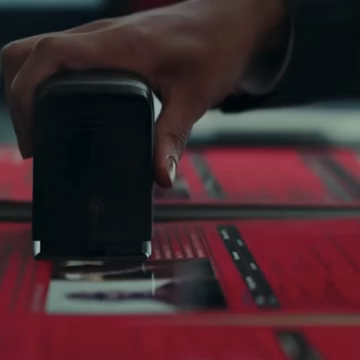 Red Notice’s director Rawson Marshall Thurber confirmed in an interview that while a sequel to the action-packed comedy isn’t 100% going ahead, he’s spoken to @netflix and the idea is in the works! The film, which stars Ryan Reynolds, Dwayne Johnson and Gal Gadot, is now the most-watched Netflix original movie ever. So we’re almost sure a number 2 is happening! What would you like to see happen in the sequel?

Tag someone who loved Red Notice!

BROOKE BLURTON Is Going To Be The Next BACHELORETTE!

⚔️ PUSS IN BOOTS Is Going On A New Adventure ⚔️

KIM KARDASHIAN’S Skims Will Be The Official Designer Of TEAM USA’S OLYMPIC Underwear!

Reports Suggest BORAT 2 Is FINISHED And Could Be COMING SOON!

YOU SEASON 3 Is “Getting Closer” Says Showrunner!

WILL SMITH Will Be Playing The WILLIAMS Sister’s DAD In The New King Richard Movie!

Tag A SELENATOR Cause’ COLDPLAY And SELENA Are Teaming Up!

COLOURPOP Is Teaming Up With The NBA For An Epic Makeup Drop!

GOOGLE Is Facing A $7 BILLION LAWSUIT For A Breach Of User Privacy!!

YES YES YES! The Sonic The Hedgehog Sequel Is Confirmed!!

PATRICK STAR Is Set To STAR In His Own Show!!

DRAG RACE Is BACK And It’s International!

✨ We’re Getting A DOWNTON ABBEY SEQUEL And We Don’t Have To Wait Long! ✨

🎉👏NETFLIX Is Dropping OVER 100 New Shows And Movies In APRIL!👏🎉

I KNOW WHAT YOU DID LAST SUMMER Is Getting A TV Show Reboot!

‍♀️ Tag Your Mates Cause’ There’s A WANDAVISION SPINOFF In The Works! ‍♀️